We came across this program when a friend wanted to know a way to transfer Nokia contacts to his new Android phone. We knew it could be done, but it was always a complicated process which involved knowing the database formats of each of the operating systems. We wanted an easier way and found Wondershare MobileGo for Android.

Not only can this program connect Symbian and Android phones, but is also a full mobile phone manager. Although the premium features cost a little bit, the freeware edition (unregistered) remain useful and give you full access to many of your phones functions.

In terms of freeware functionality, we think the synchronization functions are probably some of the best. You can manage your contact lists, photos, videos and music all from your Windows desktop PC. Delete them, share them or upload them: all can be accomplished easily. MobileGo also allows you to manage your SMS messaging from your desktop, so whether you want to mass-delete or simply send SMS from PC, you can do it under the SMS menu.

Under the "More Tools" menu, you can access some commonly used features of this program and view additional details about the phone that is connected. MobileGo displays the manufacturer, mode, alias, baseband, serial number and IMEI data of the phone which you're currently working with. All of these can be useful for rooting or installing custom firmware.

In addition to aforementioned features available under "More Tools", users of MobileGo for Android can also access backup and restore features which are extremely useful if upgrading to a custom ROM. The backup and restore feature works with contacts, text messages, calender, call logs, playlists and applications. Also available under more tools is a nifty feature to find duplicate files on your phone which can be deleted to save space.

We didn't get a chance to try out the "Pro" version of MobileGo for Android, but from what we can tell, it offers some additional tools mainly the area of media conversion and integration with Microsoft Outlook and Apple iTunes.

Overall, a highly recommended application for Android users and especially for those who wish to migrate their data from Symbian to Android.

This download is licensed as shareware for the Windows operating system from mobile phone tools and can be used as a free trial until the trial period ends (after 15 days). The MobileGo for Android 8.5.0 demo is available to all software users as a free download with potential restrictions and is not necessarily the full version of this software.

Compatibility with this software may vary, but will generally run fine under Windows 10, Windows 8, Windows 7, Windows Vista and Windows XP on either a 32-bit or 64-bit setup. Depending on the options available for downloading, separate versions may be available from Wondershare Software depending on the target system architecture. 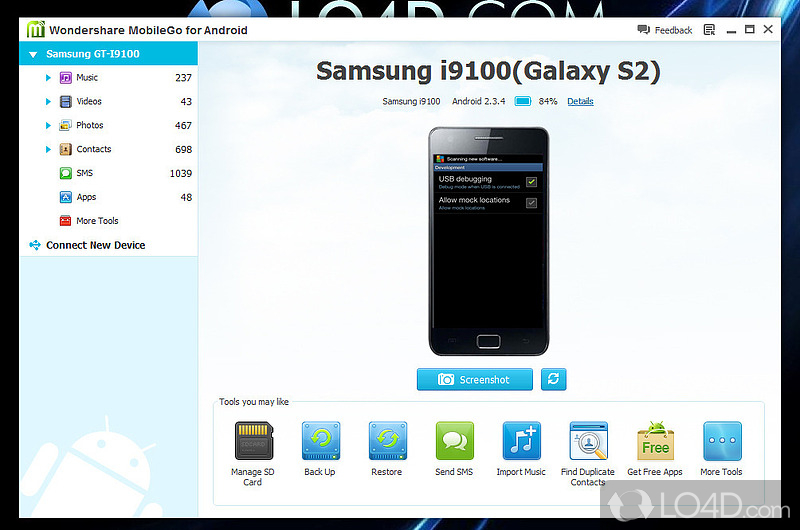 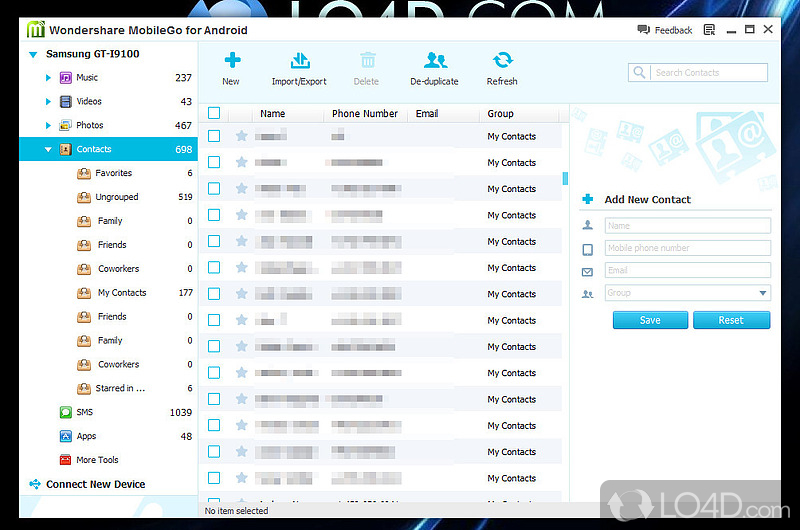 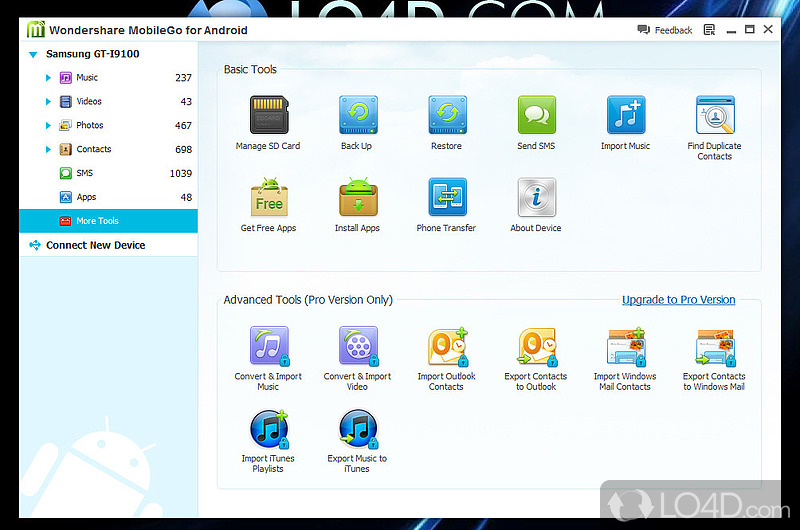 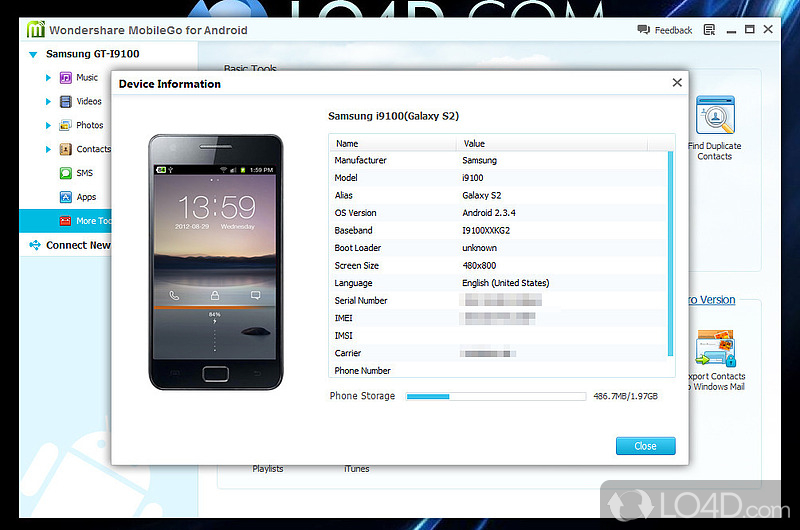 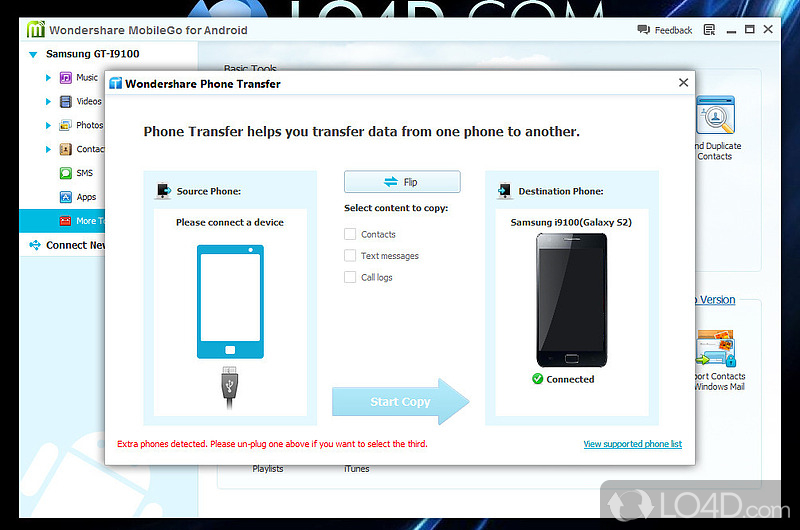